An Insight to only few of our “Firsts”

Molecular Pathology and Diagnostic Tumors department of Hadassah is now the first location in the Middle East and  fourth internationally, apart from the U.S., Switzerland and Germany to conduct a unique tumor diagnostic test within its own laboratories that help inform immunotherapy decisions, thus minimizing the cost for the patient that had to send a sample to the US and of course reducing the time needed for the results to come

The test, called FoundationOne-CDx (F1CDx), detects and identifies genetic changes in cancerous tumors such as substitutions, insertions, mutations, and alterations in 324 genes within a sample of the patient’s tissue. The test applies to all solid tumors including those of colorectal, breast, and ovarian cancers, as well as non-small-cell lung carcinoma and melanoma 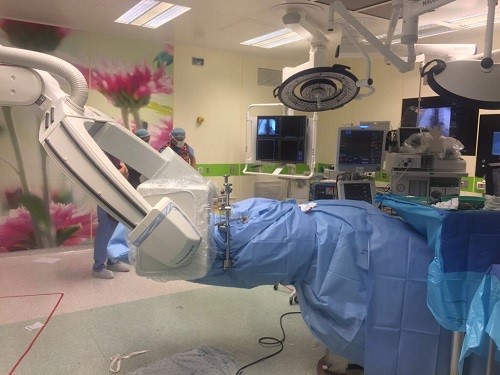 Suffering six broken vertebrae and leg fractures in two places, the patient was brought to the underground hybrid operating room in Hadassah Hospital. In the hybrid room, were two robots, with the most innovative one, called Zeego. It allows three-dimensional imagining while a surgeon is operating–which is unusual during surgery. This lets the surgeon know exactly where each organ is, and he no longer has to rely on Cat scans before surgery and x-rays after the surgery.”

The Zeego robot was controlled by Dr. Amal Khouri, head of Hadassah’s Orthopedic Hospitalization Center, while Senior Surgeon Dr. Josh Schroeder controlled the Israeli Robot named Renaissance. Renaissance enabled Dr. Schroeder to place the screws into the patient’s spine with maximum precision. “The two robots communicated with each other during the surgery, when 11 orthopedic screws were inserted with exactitude, preventing much suffering to the patient.” 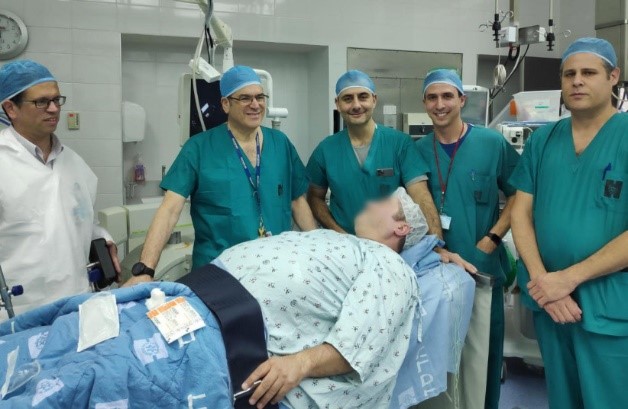 ESG is a relatively new type of weight-loss procedure that is minimally invasive and makes the size of the stomach smaller, thereby minimizing the intake of food. It is performed via endoscopy, advancing a small camera through the mouth and into the stomach, without any external cuts on your body. Then, through the endoscope or flexible camera, we place internal stitches in the stomach, which reshapes and reduces the size of the stomach, resulting in weight loss. The procedure, which lasts one to two hours, is performed under general anesthetic. 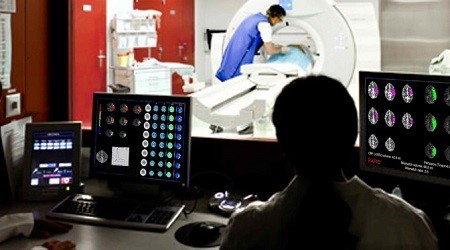 A new automated cerebral imaging technology that saves invaluable minutes when diagnosing a possible stroke is now available at Hadassah Hospital Ein Kerem. Called RAPID CT perfusion, the technology automatically quantifies regions of reduced cerebral blood flow and volume with a degree of detail not possible with CT and MRI scanners. Moreover, the data can be transferred via mobile apps and email.

This technology is unparalleled.  According to Hadassah Stroke Service Director Prof. Ronen Leker. “It takes just two minutes for a computer to decode the results and determine if there was a stroke, what its size is, and even if we should perform an urgent cerebral catheterization or treat it with an anticoagulant.”